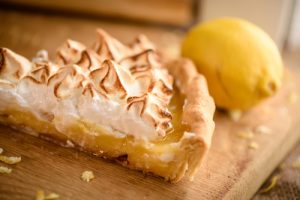 Annie’s paternal grandfather was Arthur Edenborough who worked for many years as a tidewaiter for the New South Wales Customs Department, an occupation that was to see him forcibly carried away aboard an American vessel, the Emerald Isle, in January 1851. He was finally released in Honolulu, and with the help of the British Consul there, was returned back to Sydney via New Zealand in June 1851.

Annie’s maternal grandfather, Peter Persiani, was also involved with seafaring: family lore being that he was a sea captain who went down with his ship! He certainly disappeared after his daughter Teresa (Annie’s mother) was born in Sydney in 1862 but whether he perished at sea or deserted his family remains a mystery.

Prior to marriage, Annie Edenborough remained at home assisting her mother with younger children and other domestic duties required in a large household instead of obtaining a profession for herself. She eventually met and married James Dempsey at Paddington, New South Wales, in 1910. 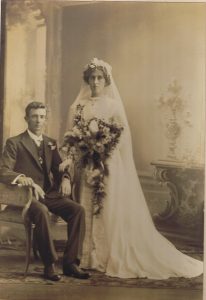 James Dempsey and Annie Edenborough on their wedding day

Throughout their courtship, James sent many beautiful greeting cards to Annie and, as was the common practice of the day, Annie faithfully stored them in a postcard album that had been an eighteenth birthday present to her from her older sister Jessie and Jessie’s husband, Frank Booth. 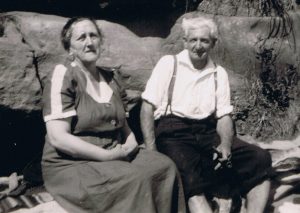