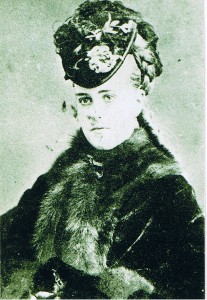 Catherine, the eldest known child of James and Jane Dempsey, married Henry Robinson, a mariner of Sydney, at her father’s residence, Clarence Street, Sydney on 12 December 1849.1 Catherine’s brother James acted as one of the witnesses.

Register of marriage for Catherine Dempsey and Henry Robinson, 12 December 1849.

A little more than a year later, Catherine and Henry’s only child, Henry Jnr, was born at Balmain on 18 January 1851.2 However, in June 1851, the news that gold had been discovered on the Turon was announced, and like so many other men, Henry Robinson, took to the goldfields to make his fortune.

THE FLOOD AND LOSS OF LIFE ON THE TURON

Erskine Point, December 19: Yesterday afternoon we were visited with a storm of no ordinary description … it appears that a large quantity of rain must have fallen on the mountains in a very short space of time, and more particularly on those from whence the waters are conducted by gullies and tributary streams into Oakey and Little Oakey Creeks., so sudden and unexpected was the rush of waters down these places, a considerable loss to the miners, and I am sorry to say loss of life, was the result … a Captain Robinson (who formerly had command of one of the Sydney coasters), and two other men, were at in a tunnel on Little Oakey Creek, about a quarter of a mile from its junction with the Turon River, when the waters rushed in upon them before they could make their escape. It appears that Captain Robinson was carried by the stream to the junction, and from thence about 500 yards down the Turon River … his body was taken from the water in a dreadfully bruised condition from coming in contact with the trunks of the trees, rocks, &c., &c., no part of his clothing remaining except a leather belt; he was Immediately carried into a tent occupied by the miners in the employ of Messrs. Trappitt and Co., and every means was used by two medical men to restore life, but without success.3

Henry’s body was interred in the grounds of the Episcopalian burial grounds at Sofala.4 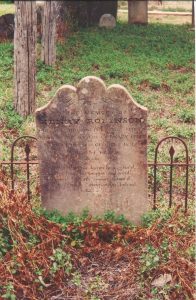 Catherine eventually remarried but not for 31 years – at the age of 60, Catherine married Matthew Medway, a widower. The marriage was performed on 9 December 1882, at Medway’s residence in Laura Street, Newtown.5 Medway’s daughter Elizabeth and her husband Rowland Pawley were witnesses to the marriage.

Matthew Medway, a builder by trade, was an Alderman of Newtown Municipal Council from 1886 until his death in 1892. He is buried with his first wife, Elizabeth, and their daughter in the Church of England section of Rookwood Cemetery.

Catherine Medway (née Dempsey) died from cancer of the liver four years after her husband Matthew on 9 December 1896,6 and is buried in the old Wesleyan section of Rookwood Cemetery with her mother and father – James and Jane Dempsey. 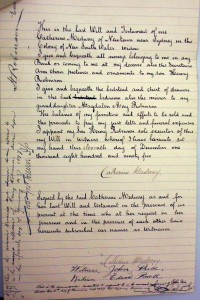