The following obituary appeared in the Morning Post of 21 November 1865:

DEATH OF A VETERAN SURGEON – On the 15th inst., Mr William Edenborough, formerly of Coleman-street, departed this life at his residence, Upper Holloway, after much suffering, in his 86th year. Mr Edenborough was one of the oldest, if not the oldest, as he was also (up to his retirement from active life, 10 years ago) one of the most respected and best known City medical practitioners. The deceased, a native of Nottingham, was articled to Mr Hunt of Loughborough, a man of much eminence in his day. So far back as the commencement of the present century, Mr Edenborough entered St Thomas’s and Guy’s, where he made the acquaintance of the eminent surgeon, Mr Cline, and also that of Sir Astley Cooper, who was then commencing his distinguished career. Mr Edenborough had a large and successful practice for nearly half a century, and included amongst his patients many of the first bankers and merchants and other celebrities of the City. He was a man of great decision and indomitable energy, and, as a consequence, rarely failed in accomplishing any object of benevolence on which he once set his heart. His extensive practice – ranging over so lengthened a period – naturally presented numerous cases of distress to his notice, to which he ever lent a ready ear, and generally afforded effective aid. The deceased has left a widow to mourn his loss. 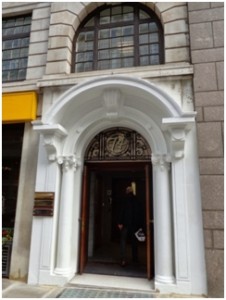